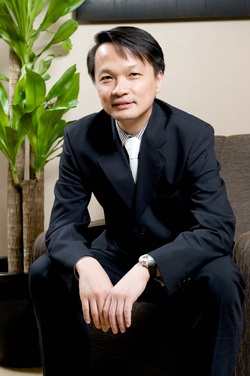 Dr Vincent Lai attained his basic medical degree from the University of Sheffield in England in 1993. He had 5 years of specialist training in Gastroenterology and then sub-specialized a further 5 years in Hepatology in Birmingham UK, which has one of the largest Liver Transplant Units in Europe. During this time, he had exposure to general and transplant hepatology, with a particular interest in the management of acute liver failure and viral hepatitis.

Dr Lai had gained comprehensive training in all areas of Gastroenterology and Hepatology in the investigation and management of gastrointestinal and liver conditions.

In 2002, he was awarded the prestigious Medical Research Council Clinical Training Fellowship. He attained his Ph.D. degree from the University of Birmingham in 2007, investigating the liver immunity in viral hepatitis. Dr Lai was also actively involved in the care of patients with acute liver failure and the use of liver dialysis in these situations.

As a Consultant Hepatologist at the Derby NHS Foundation Trust Hospital from 2006 to 2008, Dr Lai helped in the further development of the provision of viral hepatitis services in Derby. During his tenure, he not only obtained a grant from the Trust for a study in infection in liver patients but was also actively involved in medical research.

Since coming back to Singapore in 2008 Dr Lai has been actively involved in both cadaveric and living donor liver transplantation. He has published extensively in viral immunology and in the area of acute liver failure. 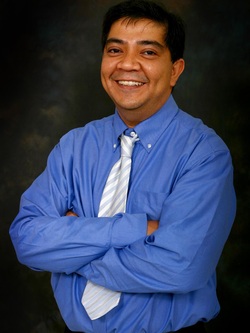 Dr Salleh Ibrahim graduated from National University of Singapore medical school in 1995. He started his basic surgical training in Singapore General Hospital and obtained his fellowship from the Royal Colleges of England and Scotland in 1999.

He did his further advanced surgical training at Changi General Hospital and Tan Tock Seng Hospital. He obtained a “young surgeon award” and also wrote several publications and was instrumental in creating a program for a safe training in laparoscopic cholecystectomy for which he himself has done about 1000 plus cases. He was promoted to consultant in 2003 and went on further training overseas. He spent his overseas training in the world famous Chang Gung Memorial Hospital under Prof Chen Chao Long who was the first man to perform a liver transplant in Asia. The centre has performed move than 1000 transplants and over countless number of liver resection and is consider the largest centre for liver diseases in the world. He had a training stint a in Japan under several famous professor for which he improve on his surgical skills and research skills. It was during this time that he wrote a landmark paper on the safety of donor hepactectomy in perspective of remnant liver volume. That paper won him several awards including the Taiwan and Japanese surgical association. He also took that time to improve his skill in minimally invasive surgery by visiting several European centres.

He is also a trained endoscopist including endoscopic retrograde pancreaticogram. He is a trained pancreas surgeon and wrote a publication on a unique way of joining the pancreas to the small intestine after a cancer resection for which the method provided the safest and best results for patients.

When he return, he set up the Hepatopancreatic biliary unit and as well as a liver transplant evaluation unit in Eastern health alliance. He was given the outstanding long Public service award in 2008 for his contribution to training the younger generation of surgeon and the public sector.

He spend last several years in Gleneagles in getting his experience in both liver transplant and liver surgery.

He has been invited as key note speaker to several conference in the region in the past several years.

Dr Salleh also sits on several charity organisation to and he is a clinic tutor to the National University of Singapore medical school and a visiting consultant surgeon to Eastern Health Alliance.